George Floyd said that 16 times, as a circle of onlookers watched, helpless.

For those of us in health care, those words compel action. “I can’t breathe” means that we must act. We must help. We have to rush in.

Like many, I watched the video of George Floyd’s death with horror. I wondered how I could have helped. Perhaps I could have used my privilege to intervene. “I’m a medical professional,” I would tell the officers. Instead, I felt helpless and devastated.

George Floyd’s murder ripped away the veil over American Racism this week. Its brutal and ugly face is visible to all who would see. It can't be misinterpreted, talked away, or ignored.

We should feel ashamed. This is not the first time our black friends, black colleagues, black coworkers have said, in their own way, “I can’t breathe.” They have told us when they don’t feel safe - for themselves and for their children. They have told us of the fear that the vigilante, or even someone sworn to protect them, could do them harm. And all too often, we have been bystanders. Sympathetic, but bystanders.

The risk of being killed by the police is more than twice as high among black men and boys as white men and boys. But institutional and structural racism is not just about policing. In our work in public health it is also an unavoidable fact: black Americans are also more than twice as likely to be killed by COVID-19. Why? They’re working the essential jobs that expose them to the virus. They’re more likely to have chronic conditions that put them at higher risk. When they end up at the hospital, studies have shown that they are more likely to get worse care. All of these risks are higher if you are Black in America. We cannot avoid the role of racism in that, nor in the protests and violence happening today.

In his Letter from Birmingham Jail, written before the major legislative successes of the Civil Rights Movement, Martin Luther King, Jr. lamented:

I must confess that over the past few years I have been gravely disappointed with the white moderate...who is more devoted to "order" than to justice; who prefers a negative peace which is the absence of tension to a positive peace which is the presence of justice; who constantly says: "I agree with you in the goal you seek, but I cannot agree with your methods of direct action"; who paternalistically believes he can set the timetable for another man's freedom; who lives by a mythical concept of time and who constantly advises [us] to wait for a "more convenient season." Shallow understanding from people of good will is more frustrating than absolute misunderstanding from people of ill will.

We cannot settle for shallow understanding. We cannot accept the absence of tension, when the presence of justice is in our grasp. We must not be bystanders.

Today, at Aledade, we have a diversity of perspectives. Some feel the pain more directly than I ever could. Some are afraid — afraid of the chaos, of peaceful protests becoming violent, of contemptible opportunists taking advantage of that chaos to loot and fan the flames. Some are worried about what will happen in electoral politics because of this. But I think that, as Dr. King wrote, it’s not time to overly focus on being strategic, or to worry about whether it’s this season or next season.

We cannot be bystanders. Either for our communities, or for those we serve.

In North Minneapolis there’s a clinic called Broadway Family Medicine. Over the weekend, during the protests, their building was looted and destroyed. The residents and the medical director of that clinic support the protests. They call themselves “casualties” not “victims.” And when the smoke cleared they got right back to work. The following day, they brought in a team of volunteers to sweep up the broken glass and loose bricks. They set up a clinic in the parking lot. They began offering free medical supplies, formula, diapers, food and other resources to their patients and the entire community. They show us how to be more than bystanders.

This company will also be more than bystanders. We’re going to take a minute of silence and then we will find our paths to action. We will support and protect our black and brown colleagues and friends. We will listen to the guidance of our Black and African Diaspora Affinity Resource Group, reminding us to be aware that this is happening and it is wrong, to educate each other, and to come together in collective effort. We will support our practices facing these challenges on the front lines.

Because we are no longer going to be on the edge of the circle, watching helplessly. We will not stand by when others cannot breathe.

Keeping Primary Care Connected to Patients During COVID-19 with Telehealth and the Aledade App’s COVID-19 Vulnerability Work
When COVID-19 hit Rapides Parish in central Louisiana, Brian Clinic knew it would have to get creative about maintaining its strong relationships with...
Read More

North Carolina Practices are Getting the Credit They Deserve
“Finally we are getting the credit we deserve."...
Read More 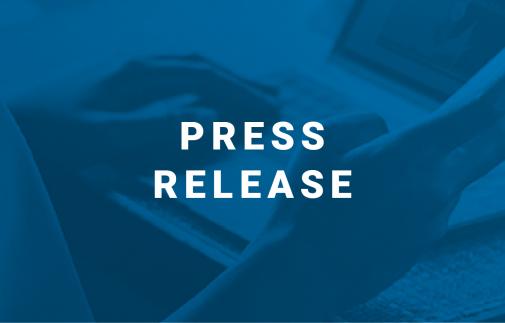 Request an Aledade ACO consultation today and learn how to succeed in value-based care while staying independent.